The Claws of Compassion [Part-2]


Part-I of this series is available here. To summarize it briefly, we learnt of the “charity” that is headquartered in Colorado, USA called “Compassion International”. We learnt how it professed its Evangelical agenda in its US tax returns. We learnt how it has been sending ~Rs. 220 Crore each year to FCRA-NGOs in India. We learnt of two of its primary affiliates in India -- Caruna Bal Vikas (CBV), Chennai and Compassion East India (CEI), Kolkata. We also learnt of the names of Trustees of these two FCRA-NGOs. We learnt that our Ministry of Home Affairs has put this Colorado entity on the Prior Permission List which means that its donations to any FCRA-NGO in India will not be automatic but will have to be approved by MHA on a case by case basis.

The current Post will be short. Here, we shall come to learn of who the secondary recipients of CBV and CEI are. As discussed earlier, FCRA-NGOs *have* to spend their foreign “donations” either by themselves or they have to, in turn, give it to other FCRA-NGOs to spend. They cannot give it to entities which are not FCRA registered. Get it? So, CBV and CEI (like countless other FCRA-NGO behemoths which plague our Nation) distribute the funds they received from Colorado to other FCRA-NGOs. Sort of, like, sub-contract of work. 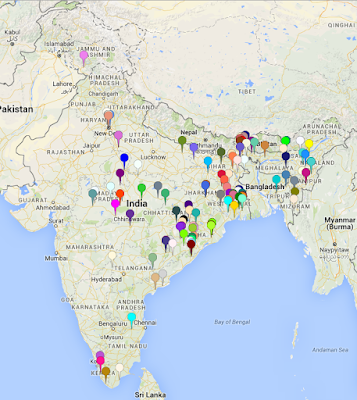 Please be polite in your comment. Please stick to the topic of the particular Post you are commenting on.

FCRAANALYSES
Opinions (if any) expressed here are solely personal and do not in any way represent that (if any) of any organization/employer that I am/or-were affiliated with. This blog and its analyses are protected by copyright laws. Use of these analyses, either in part, or in whole, without the permission of the Author is forbidden.